10 Best Batman Games for Android : When you think of the most popular DC characters, Batman comes to mind. The number of Batman fans is really no less than any other heroes of the DC world. Just a few TV shows and comics about this superhero’s life might not fill your craving for Batman stuff. Thanks to Android game developers. There are many Batman games available in the PlayStore. Some Batman games for Android crash together with other heroes and let you enjoy fighting with them. So, your boundless fascination with Batman should get a good thing where you can just play the role of your favorite superhero.

It’s true that there aren’t many Batman games in the PlayStore. Also, some of these very few games have very poor quality graphics and a trash-like storyline that doesn’t even have anything to do with Batman’s life.

However, we already have the top 10 Batman games for your Android device and we’re here today to bring them to you. Make sure you check out the description as well as the different types of games that are listed here, although they are all about your favorite hero, Batman. 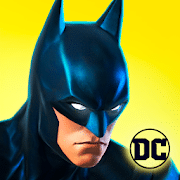 Warner Bros International Entertainment has unveiled the most popular superhero game for Android. So if you are a Batman fan, this might be the best option for you. DC Legends, Fight Superheroes is the game I’m talking about. This game can be played not only as heroes but also as villains. However, the shadow of the Blackest Night’s prophecy falls to the ground, and it’s up to you to save it with your power. Are you ready to help pure willpower in this mission?

Pros: In several modes, you can team up in PvP events with your friends. You can also get a rank in 14 leagues.

2. injust Gods Among Us 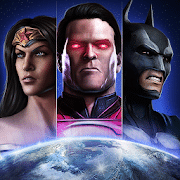 The rivalry of two superheroes is the main theme of the series “Injustice, Gods Among Us”. And, if you like being a super fast batman, this might be the best option. In this exciting Batman game for Android, you are going to prove yourself as the best superhero in battles. In addition to this, you can earn the top position on the leaderboard. You can also replay previous fights to improve your fighting skills. The composition of your team can lead you to victory or lead disaster.

Pros: In this game, you will be able to play online multiplayer mode with opponents from all over the world. In addition, you can take part in tournaments and win rewards in them.

Cons: There are some complaints that the game is very difficult.

3 Batman: The Enemy Within 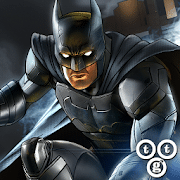 The ultimate adventure awaits in Batman, The Enemy Within. You will definitely enjoy the fantastic story with characters. Indeed, the graphics and game design will take you on a journey through a series of parallel worlds. The loadout system is great for competitive matches. Moreover, it supports both mobile and GPUs. Let’s see what else is here.

Pros: You can perform best in skill-based challenges. Further, you will receive achievements when you complete new goals.

Cons: Some buttons can be a bit difficult to use. 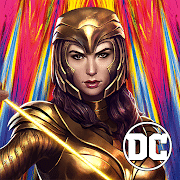 Are you ready to go into battle as your favorite Batman superhero? Injustice 2 has a lot in store for you. You will find an exciting player vs. player mode, dynamic 3v3 battles and much more. New team interactions include Batman Ninja, Justice League, League of Anarchy, Multiverse, Suicide Squad, and more. Your special abilities will increase as you progress. In fact, you can chat with other players during fights.

Pros: If you can unlock a new generic gear type, you will get unique bonuses. In addition, your master techniques are best shown in the Arena of Champions.

Cons: Some users are having trouble collecting daily rewards. 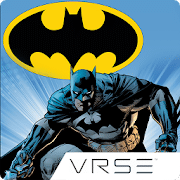 Want to play the role of Batman in a whole new way? Then VRSE Batman might be your best bet. He is brought to town by Skyrocket, LLC specifically for Batman fans. From all Batman games for Android, this one is very different in terms of gameplay and story. Here the fate of the city is in your hands. Undoubtedly, it is you who save people from enemies. So, do you want to try this mission?

Pros: VRSE Batman will help you prove your gaming strategy and skills in a whole new way. Realistic sound quality will also enhance your experience.

Cons: There are some complaints about third-person camera angles while driving. 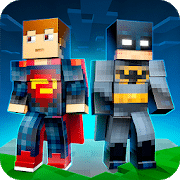 The first reason you will love Quad Squad is the gameplay where you can fly like batman. Originally Breathtaking co. – the developer of the game who bought this game for you. You can fly around the building and generate blocks. But you have to be careful with moving poles. You can also run and jump over obstacles or move in the rhythm of parkour. What’s more, there are many adventures to complete in a fixed time.

Pros: Here you can play in spider mode like any other. an addictive Spiderman game and he is the hardest one in this game. In addition, you will find a bonus mode where you can get an extra score.

7. Bat of Justice: Streets of Crime 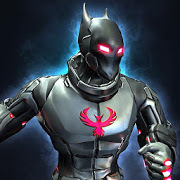 Meet Justice Bat, one of the most adventurous arcade games to deliver a truly immersive experience while playing. This Batman game for your android device has excellent HD graphics and amazing sound quality. From the very beginning, the villains will attack the city with their superpowers and weapons.

You must control the legendary hero Bat Titan as he will help you win the battles against the devil squad. In this way, the superhero duos of the Phoenix titan can achieve victory and stop putting an end to Rising of Darkness.

Pros: This addictive game opens up new areas to fight, and you’ll need to unlock them to bring the action into them. Also, it offers hints along with first aid kits to improve your gameplay. 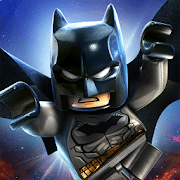 LEGO® Batman is here to take you to a world of adventure and action. In this game, you will take the place of Batman and team up with members of the DC Comics universe. And you must save the planet Earth from the evil Brainiac. In addition, the game has a simple interface and you can choose your own playstyle as it offers both “classic” and “touch” controls.

However, you will never get bored with this game as you collect your favorite characters such as The Dark Knight, Batman ’66, Batman Beyond, Batman Classic series, and many more.

Pros: You can listen to your favorite voice actors such as Travis Willingham (Superman™),Troy Baker (Batman), Laura Bailey (Wonder Woman™, and Catwoman™), and more. In addition, you can unlock most of the characters and abilities without extra money. 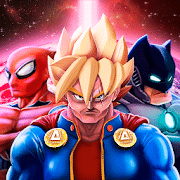 Superheroes League brings you one of the best in class Batman games for Android for free. You can play it on your phone or tablet without any problems. This game has ads from time to time, and there are built-in options for additional purchases. If you’re looking for an action-packed game that’s ready to play featuring your favorite superheroes, you can just dive right in. The graphics in this game are very attractive, with encouraging sound effects. You can also play this game on multiple devices using the same Google account.

Pros: This addictive multiplayer game offers various game modes with local multiplayer sessions. You can play as a superhero or a villain, which is completely up to you. 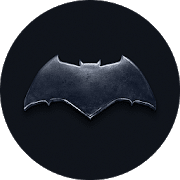 Mattel’s Batmobile™ R/C controller is a different type of application today. It’s actually not a game, but a game controller. It gives a realistic experience as this app can drive RC cars and of course, supports batman style RC cars. Initially, it provides movie-like controls with real-time control over RC cars. Almost all Android phones and tablets can run smoothly.

In addition, it features an interactive camera mode that provides an inside view from the seats. So, you will have a Batman-style view that can be shared on Livestream using an HD camera.

Pros: It offers a different gameplay experience with real interactions. In addition, you will enjoy its virtual smoke and engine sounds.

Cons: Some users have experienced lag and control issues with RC cars.

There is no doubt that Batman is DC’s most popular character and the few TV shows and comics are not enough for Batman fans. So, these Batman games became popular overnight. You should see that there are games from different categories. For fans of RPG, DC Legends is a must. Injustice has two different versions and you can try them too.

If you want to play an arcade game, try Justice Bat or LEGO® Batman. You can simply check out the features of the games mentioned here and choose the one you want to try. I just made my recommendation. First of all, feel free to try any game and I can assure you that you will love it.

Unlike most other superheroes, Batman is the most legendary, born of a special child with a harsh reality. Indeed, you know better his strength and will to save the world, especially from the cruel Joker. However, you can really try these Batman games on your Android device if you think the game will be fun.

Well, tell us about other games you want to know about. Something new is coming soon. So, for today we say goodbye. Thank you for your time.

Iconic One Theme | Powered by Wordpress